The Metaverse is described as the successor to the Internet, sum of all virtual worlds. What's missing are the roadways between these virtual worlds to connect with each other.

What we need are the shipping networks and cross continental railways between virtual worlds for identities, ideas, and value to flow, so we can have a 3D Internet.

Years of working on virtual world interconnectivity has taught us that it's not merely a technology problem. It must include incentives and cultural motivations.

It's difficult to overstate the historical impact the Silk Road has had. It connected the ancient world together through the first global supply chain. Chinese silk was the most popular good traded with the west, especially with Rome.

World changing technology such as paper and gunpowder from China spread to the west. Along with commercial goods, the trade routes also facilitated the exchange of culture from art, religion, philosophy, technology, language, science, and architecture.

The current Metaverse paradigm is that online virtual worlds are isolated from one another. They build the same features in their own bubbles, and lock content within their walled gardens. We are in the Pre Silk Road era of the Metaverse. Imagine the Internet without hyperlinks. Platform lock-in does not benefit users or virtual businesses.

We envision that the network effects from virtual worlds connecting to each other will create something greater than the sum of its parts.

What sort of goods from one world would be valuable in another?

We're already observing multiverse economic activity now with cryptoart. Artists and collectors find virtual worlds the ideal venue in which to display the things they make and own. Platforms benefit from hosting their galleries and events which bring in users. Cryptoart is a cultural force causing these virtual worlds to adopt the same open standards.

Transparency is needed for a multiverse economy so that a user or platform does not game the system. NFTs bake in value and attribution into digital goods onto a public blockchain, a neutral infrastructure provider for ownership and interoperability.

Webaverse has a fungible token called SILK. It's named after the ingredient used to spin webs, as well as the popular good traded around the world thousands of years ago.

At a high level, SILK is inspired by these things:

SILK is an ERC-20 utility token that exists on an Ethereum sidechain called Webaverse.

The main functions of the token are to:

Using Discord as a Trade Route

Discord is like the coffee shops of the Internet. 140 million monthly active users employ it to create topical communities for work and play. The vast majority of virtual world projects have their own Discord communities.

Webaverse has a Discord bot that is one of the easiest methods for people to mint and trade NFTs of various file types. Other easy minting platforms have an issue with low quality work. SILK solves this problem.

During the bootstrapping phase of the Webaverse network, SILK servers as an invitation token. It's like an invite code from Clubhouse, you don't want to disappoint the person who invited you (web of trust), incentivizing higher quality work.

You don't need to setup a crypto wallet to initially use SILK, the Discord bot generates one for you when you join a server with the bot installed. You can import and export private keys if you're more advanced. The token doesn't have any inherent monetary value, and there's no exchange from which to buy it.

You can ask the Webaverse team on Discord or someone you know to send you some. If you are a community server admin, feel free to reach out to us for a bigger package to distribute among your people. If you need more to invite your friends just let us know.

What does the trade route that connects separate worlds look like?

We've probably all observed members copy pasting memes and event details from one Discord to another. Suddenly the distance between these virtual worlds feels much smaller, like we're all at a virtual festival exchanging information.

With the Discord bot in each server, your items and ability to trade with other users carry over. We're working on ways for event organizers to monetize and distribute swag as well.

We stand on the shoulders of giants, building on years of experiments for making virtual worlds less friction and more compatible. What we learned is that it's not just a technological problem, it's a matter of creating incentives for platforms to connect.

NFTs and cryptoart is a force that is beginning to crack open the doors between worlds. The Discord bot allows people to experiment with NFTs risk-free in their communities.

Webaverse is the implementation of the interoperable web of virtual goods and worlds parallel to the way the ancient Silk Road and Internet standards grew to connect the world.

We invite you to join us on this journey.

Special thanks to Carl Fravel for reviewing 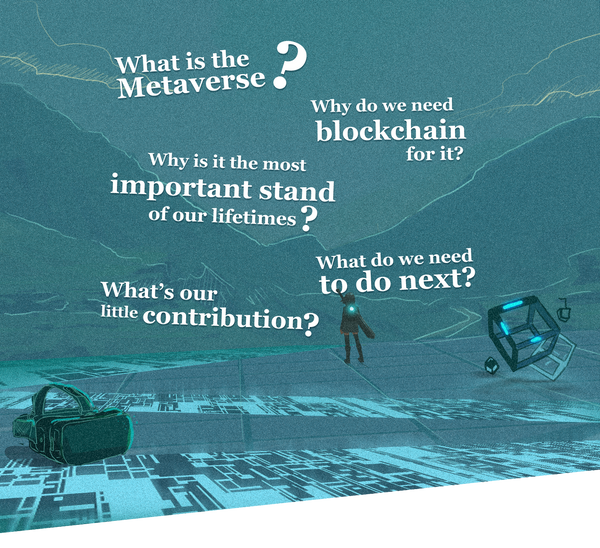 I want to start off by saying thank you to every metaverse maker. Also gm. Whether you call yourself an artist, coder, "influencer" (much as I hate the word), or you're blazing trails with your own sick project: you deserve thanks. You'll never know what it means to me that 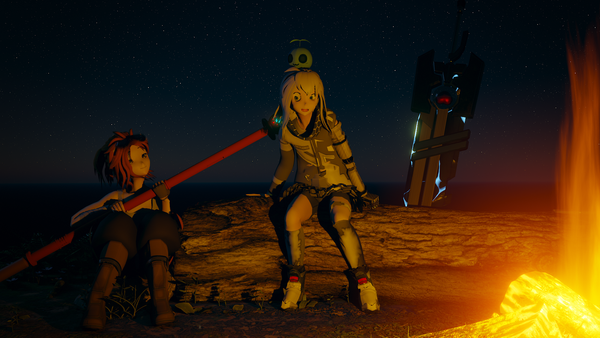